Welcome to the Third Stage of Cloud Evolution: The Rise of the Industrial Cloud

Welcome to the Third Stage of Cloud Evolution: The Rise of the Industrial Cloud 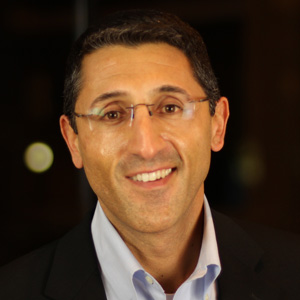 Like the Internet itself, cloud computing evolves continuously. The first big commercial clouds were fueled by the rise of e-commerce and social media. The “consumer” cloud generated extraordinary levels of interest, attention and hype. Consumer clouds have been built with the point of view that people will either be the largest producers or consumers of the content that these clouds will manage and facilitate.

Eventually, some of the initial ‘dot-com’ hubbub subsided. But the promise of the cloud remained alive, and it was only a matter of time before a business version arose. Soon, vendors began offering “enterprise” clouds designed to handle business processes such as sales, marketing, human resources, finance and even ERP. Enterprise clouds have been built with the point of view that people will be important members, but that IT business systems will be the largest producers or consumers of the content that these clouds manage and facilitate.

Enterprise clouds were marketed to buyers as cost-effective, business-ready alternatives to traditional on-premise deployments of enterprise software. The basic argument in favor of the enterprise cloud was, “Why buy a case of wine when you can buy it by the glass?”

Today, we’re seeing a third wave of cloud evolution and the emergence of an “industrial” cloud. Unlike previous iterations of the cloud, the industrial cloud is built around specific outcomes and asserts the point of view that operations technology (OT) and industrial equipment will be the largest producers or consumers of the content.

For example, the industrial cloud is built to handle complex, data-intensive scenarios in which high speed, low latency, high fidelity and complete security are absolutely critical. We’re not talking about people posting photos of cats or ordering replacement silverware—we’re talking about critical infrastructure that our societies rely upon.

As a business and technology phenomenon, the cloud is just beginning to blossom. Gartner recently estimated that cloud adoption is growing six times faster than overall IT spending. From our perspective, the cloud is essential to the vitality of transformational new technologies such as the Industrial Internet of Things (IIoT), Intelligent Cities and Brilliant Factories.

The big question, however, is what kind of industrial cloud will be required to support and enable those new and exciting technology platforms? My guess is that the industrial cloud will evolve into a series of distinct but interoperable vertical clouds. There will be several, or perhaps many, specialized clouds designed for the needs of specific industries and users.

“Gated communities” within those clouds would enable collaboration among multiple parties, without compromising security and confidentiality. Those “gated communities” would be totally different from the loosely defined and technically elusive public-private “hybrid clouds” that often referred to in response to legitimate concerns over data security.

To a certain degree, the future of the industrial cloud will be determined by context and usage. In other words, the ongoing evolution of the industrial cloud will be influenced by the organizations using it. For me, that suggests the need for more governance and clearer rules of engagement. A “wild west” version of the Industrial Internet would certainly not serve the best interests of humanity.

Great Expectations: Balancing the diverse needs of a city in a...

"Discovery and Delivery" - An Approach to IT Workload Balance

How has the pandemic changed the perspective of Ed-Tech Industry?