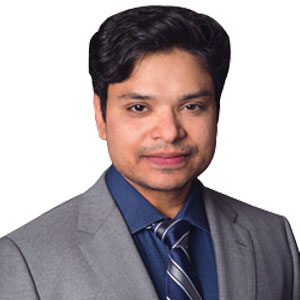 Vishnu Sivadas, Founder, President & CEO
Vishnu Sivadas is a computer engineer with over fourteen years of rich experience in all aspects of the software industry. During his career as software engineer spanning from 2000-2014 he observed certain predicaments. The vendor who developed software’s for them had failed to maintain the required quality standards, leaving a huge number of bugs in the system. “So the full-time employees had to revisit the code and fix it, which resulted in the loss of time, money, and efforts, and negatively affected the business operations," remarks Sivadas. He also noticed that enterprises, with no in-house software development talent, had to spend a huge amount on not only buying the software systems but also on fixing the bugs. This is what motivated Sivadas to start Microsan Consultancy Services so that, they can perform things differently than the peers while also resolving existing problems in the market to offer bug-free software. The company follows a procedure that relies on regression testing and provides tailor-made services covering everything from web application development, blockchain development, virtual augmented reality, to custom software development. “Once I started the company, some customers came back to us from other companies who had completely messed up their system,” elucidates Sivadas, Founder, President and CEO, Microsan Consultancy Services.

Based in Folsom, California, Microsan Consultancy Services enables customers and technology partners to increase revenue, reduce cost, and improve customer satisfaction by accelerating the design, development, test, delivery, and support of exceptional, mission-critical software. The services team of the company comprises of highly qualified and trained personnel who offer a wide range of technical skills and application knowledge to their customer. One such thing that puts them apart from rest of the others is that their ability to grasp the problem at its core and simultaneously adopting a strategic approach to solve it in real-time. Microsan follows a certain software development cycle where they realign the entire process right from gathering requirements all the way down to the production of the software.

To cite one instance, a medical agency based in Rocklin, CA had an application based on Maven, Spring, Hibernate and Postgres technologies at different levels. At the client level, it is a single page application powered by Angular JS. When Microsan was on-boarded, it noticed that there was lack of standard followed for client level design including UI/UX. 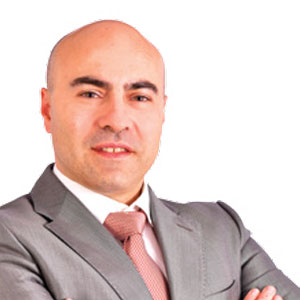 Carlos Canha, Director of Operations (EMEA)
The client had multiple issues regarding UI design and the color scheme, including slower web page rendering. Though Bootstrap framework was implemented, it failed to leverage UI in it. Also, there was no coding standard developed to understand the business logic. To overcome such quandary, Microsan introduced coding standards and agile methodology based on Sprint cycles for better clarity. They redesigned the UI based on Bootstrap UI framework and reduced the byte size by minimizing and zipping the content. Robust and simpler entity design approach was adopted that eventually made the performance of the application better both at server and DB levels.

Once I started the company, some customers came back to us from other companies who had completely messed up their system

In 2014, Microsan received General Services Administration (GSA) contract from Federal Government of U.S. and was awarded the California Multiple Award Schedules (CMAS). On April 21, 2018 Department of General Services (DGS) of State of California awarded us with the Information Technology (IT) Consulting Services Master Services Agreement (MSA) contract says Sivadas. Having branches across Portugal, Spain, Brazil, Africa, South Africa, Middle- East and India the company is looking forward to including a couple of more products in their portfolio. “We started our operations in EMEA this January. We already have handful of projects from Portugal, Spain, Belgium, Dubai, Angola, and we believe that is a huge market for expansion. We are now exploring South Africa, Panama and Brazil as well,” says Mr. Canha, the Director of Operations-EMEA and SA of Microsan Consultancy Services. Sivadas proudly announces their significant hold in the market as the company already has more than 75 projects in the pipeline and by the end of September 2020, Microsan is expecting to reach $0.5B market valuation.

Description
Microsan Consultancy Services is an IT Staffing and Consulting, Software Development and Integration firm 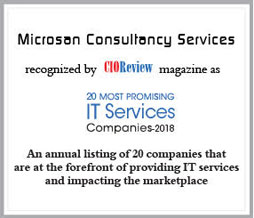 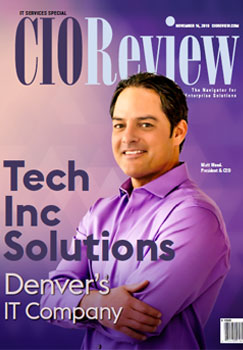