Three Technical Debt Challenges and How to Overcome Them

Three Technical Debt Challenges and How to Overcome Them 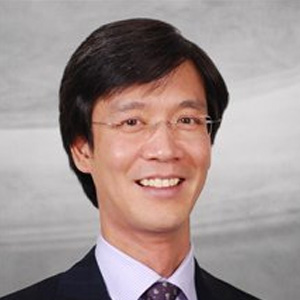 As organizations move toward digital transformation, they are faced with a growing challenge known as “technical debt.” This type of debt manifests in several forms. Let’s explore the most common three challenges it creates for network administrators today.

The most expensive form of “technical debt” is the network infrastructure itself. Hardware such as routers, switches and other appliances require a significant Capex spend and are intended to be deployed for a minimum of five to seven years, in most cases.

Unlike Capex expenditures of the past, today’s fast-moving network infrastructure calls for flexible, scalable hardware and software. Based on current business needs, network solutions are more likely to be integrated with brownfield, legacy environments. However, blending new and existing equipment is a much larger task than ever before. As technology evolves, best-of-breed solutions are being developed at a much quicker pace, sometimes faster than IT teams can evaluate, purchase and integrate.

​As technology evolves, best-of-breed solutions are being developed at a much quicker pace, sometimes faster than IT teams can evaluate, purchase and integrate

For instance, let’s say you bought a TV two years ago, the best one you could afford. Before you get it out of the box and set up, it seems there is already an upgraded model with new features you couldn’t previously afford, on sale for less than you originally paid. The same is true for organizations that have established networks. And depending on the purchase approval cycle, new equipment that has been evaluated and ordered is, in essence, outdated before it even gets installed on the network. Now consider the legacy hardware and software that is still relevant within the network. Most organizations today can’t afford to rip and replace existing equipment. Rather, they must look at new solutions through the lens of “What will work in my existing environment with the least amount of downtime and set-up AND will still be relevant when it arrives?”

The fact is, as in any industry that depends on technology, upgrading universally across the entire network spectrum is next to impossible. Hence, organizations big and small are experiencing technical debt.

Moving Toward a More Digitized Network

In trying to integrate new and old equipment, the general objective is not to dumb down the new equipment, but simplify the older and more cumbersome equipment. It really comes down to efficiency.

Let’s take a look at how to simplify your network spend:

1. Create a more efficient system. Develop a long-term vision and strategy, whether it is moving toward software-defined networking, a hybrid solution or simply upgrading equipment. Require programmatic interfaces from existing network suppliers to ensure your existing equipment and new purchases can be seamlessly integrated.

2. Assess, re-assess and assess again. Perform a rigorous assessment to identify what “debt” your organization must continue to live with, like specific network infrastructure and in-house applications. Then determine what hardware or software can be taken offline or replaced with the least amount of impact.

3. Determine business needs and obtain buy-in from stakeholders. Oftentimes, the prioritization of the IT organization is driven by the business needs, which will determine where the IT budget needs to be allocated for new and improved service offerings. Applications today usually provide options that support virtualization-based platforms in either public or private clouds. Network management tools are moving to consolidated models that provide more robust, flexible platforms in order to support multiple network vendors while moving away from proprietary and home-grown solutions.

Take the abstraction layer, the software that translates high-level requests into the low-level commands required to perform an operation. The most common abstraction layer is the programming interface (API) between an application and the operating system. High-level calls are made to the operating system, which execute the necessary instructions to perform the task. While there are multiple layers of abstraction, today’s applications are often programmed in the same way. For example, selecting menu options and dragging icons around the screen can write a program. These movements may be translated into a high-level language that is then translated into a low-level language and further translated into machine language. The farther away from the machine language of the computer that an operation is programmed, the more instructions are needed to execute a particular task.

Combine this with the interaction of the operating system, which itself may be executing 10 times as many instructions as necessary, and we have a better understanding as to why, even on a fast computer, a user may be able to press the keyboard keys faster than the program can accept the input. Considering modern personal computers execute upwards of two billion instructions per second, compared to the first PCs that executed one million, the extra machine cycles are absorbed layer to layer, each one telling the next one what to do.

In a brownfield situation, IT teams must think about distinctive methods, procedures and operations directly correlated to the number of unique vendors in their network, plus unique functions. Load balancers, switches and routers are dimensional. In other words, even if you have a Cisco router, its switches have disparate ways of operating because they are not the same product.

To gain efficiency, identify an abstraction layer that removes the management of all the solutions to a point where there is commonality. Once that is identified, network operations can then be continuously refreshed, even if there is older equipment embedded in the network below it. With the proper abstraction, organizations can handle heterogeneous networks because they have abstracted the management of the solution.

The Digitization of Brownfield

Three of the top considerations a company must make to move toward digitization while living with brownfield equipment include:

• Define: Define an IT strategy closely based on the dynamic business needs of your organization and allocate IT budget around revenue-driving opportunities.

• Unify: Begin to unify the organization so that the data center, WAN and LAN teams all are working toward a common goal of improved application delivery and agility. If possible, take it a step further by consolidating networking platforms, management and service delivery platforms.

• Adopt: Adopt DevOps principles across the organization for continuous integration and deployment by selecting platforms that are programmable and work across multi-vendor networks. Since brownfield network devices do not have an API available, automation can talk directly to each device using its own CLI/semantics. Through this consolidation and by migrating away from closed platforms, you will better enable automation and orchestration across the IT infrastructure.

Digital Transformation and technological advancements in a NEO Bank

The Bank's Experience: How a Company's Use of Fintech Can Accelerate...

Fintech solutions for the exploding savings market: How banks can...

Looking to Finance a Tech Startup? Your Timing May Be Just Right