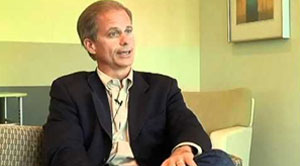 The contemporary inclination observed among the mobile operators is SDV/NFV and network virtualization. It has been gaining momentum since 2013, and it can’t be overlooked in 2014 too. It has been reconnoitered that operators form strong strategies on utilizing the technology and vendors are now jostling to position themselves as leaders in the space with NFV-ready solutions being introduced almost daily.

Perquisites of a Virtual Network

Network Virtualization boosts up the industry with CAPEX and OPEX saving which have been discussed, but the next steps will be for OEMs to discuss new business cases beyond cost savings and harnessing the increased elasticity it’s enabling.

Furthermore, mobile video has really exploded recently with the advancements in mobile devices and 4G super-fast internets as the major driving forces. For example, mobile now accounts for 40 percent of the global watch time of YouTube. With this increase for mobile video data comes demand for even greater mobility and service velocity.

Roadmap of the Company in the Forthcoming Years

IoT and M2M will revamp how we all interact with our devices and bring connectivity to items in the home or on the road that we never thought was possible. This increase in connected devices will obviously put pressure of mobile operators’ networks and how they manage the expected exponential increase in data traffic.

“The arrival of 4G showed that faster networks mean more data consumption, rather than more bandwidth”

Combined with endorsers’ increased usage of data heavy applications such as video and audio streaming, means that operators need to start planning on how they will manage data congestion now. The arrival of 4G showed that faster networks mean more data consumption, rather than more bandwidth. This will almost definitely be the same for 5G in the near future.

Provocations in the Pathway of Entrepreneurs

Contemporarily, being in the golden age for entrepreneurs and it’s easier than ever to start one’s own company. It’s vital that companies are agile in order to stay ahead of the curve and take advantage of the latest technologies and innovations available to them. Entrepreneurs have all the access to technologies at this point in time so enabling solutions are not a challenge whatsoever.

Barriers confronted by entrepreneurs currently are access to skills and access to people. For example, SDN and NFV are relatively nascent technologies, alongside concepts such as big data analytics and even the Internet of Everything.

DiMAX Office Solutions: IT Resources that Maximize Value for Business

CorporateTech: Melding IT Services with the Latest Technologies

The Journey to Swift Digital Transformation

Virtual Immersive Learning: The Next Frontier in Higher Education

Making the Case For Moving from Health IT to Health Analytics

Data as a Business

Ricardo Leite Raposo, Director of Data & Analytics at B3